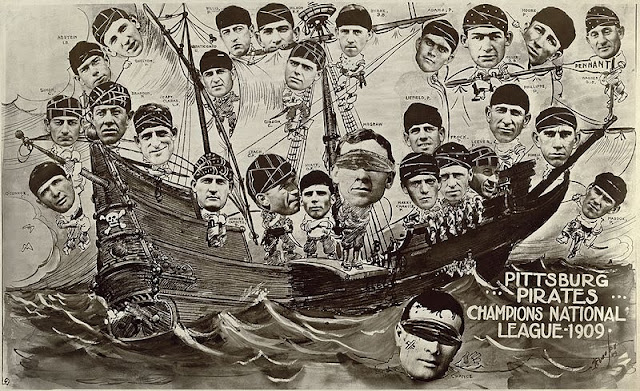 There's a wonderful Wikipedia editor named James Ringold who puts his volunteer time into baseball articles.  He edits as Staxringold and recently nominated a featured topic about Major League Baseball awards where seventeen of the eighteen articles are featured articles. It really shows how much the baseball editors put into their work.  When James restores images he's equally diligent; he recently completed work on a poster about the Pittsburgh Pirates' 1909 National League championship.  That's Honus Wagner at the upper right corner next to the pennant.  The full resolution restoration is available here; it makes an interesting comparison against the original. 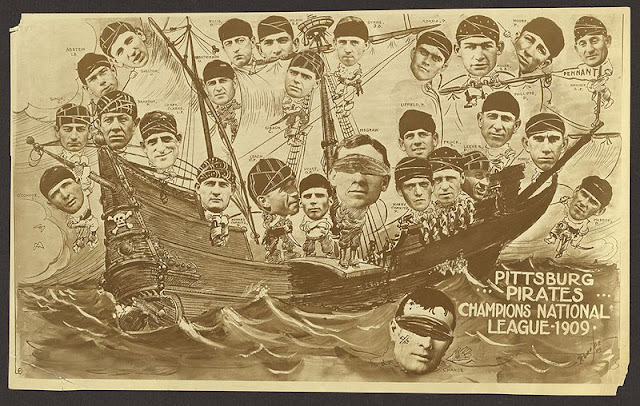 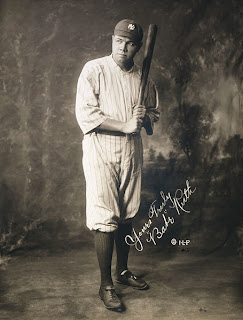 Each day Wikipedia's main page runs a section called Picture of the Day.  Scroll about halfway down the page to see it.  You can see from next month's upcoming schedule that Babe Ruth will be on the main page on his birthday, February 6.  Sometimes special occasions get scheduled per request.

James and I both think the Pittsburgh Pirates would be perfect for International Talk Like a Pirate Day.  If you'd like a peek under the hood at how Wikipedia operates, here's our conversation with the Picture of the Day director:

----
Many thanks to the Library of Congress for making these fine images available to the public at high resolution.
Posted by Lise Broer at 12:03 PM

very nice job. Specially when you have so many old pictures that need some kind of restoration.

Pirates on a pirate ship...I personally find that very funny. I wonder why Pittsburgh fans don't?

Yarrrrrr! I am curious how the WikiWitch of the West chose the Pittsburgh Pirates. Funny, too, how this was somehow linked to Babe Ruth, who I do not believe was ever a Pirate. I have a great old photo hanging in my house featuring Babe Ruth, taken in 1934 before the last game he ever played in Forbes Field (for the Braves), in which he hit 3 home runs. I keep the picture because my mother is in the photo, now 94 years old.

It was actually James Ringold who chose the Pittsburgh Pirates.

Babe Ruth is in Yankee pinstripes (probably the first year he wore them). The main reason he's mentioned in the blog is as an example of special request scheduling for Wikipedia's main page.