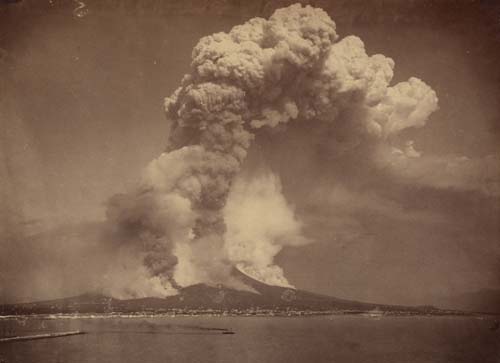 There's nothing like a rare photograph of an important historic event.  The one above is the eruption of Mount Vesuvius in 1872.  The shot is magnificent and the scan is superb: 217MB at full resolution.  After rotation and cropping the uncompressed version comes to 93MB--just within the upload limit for Wikimedia Commons.

As you can probably tell, though, this image needs a lot of work.  At full resolution it's really daunting: thousands of spots plus substantial areas of chemical damage at the slopes and coastline.  So today's post is about what to do with images that have a lot of problems.

First, this isn't a beginner project.  Be realistic about your time and skills.  This is the sort of restoration one works up to doing, and even after hundreds of others I feel like I'm on a fool's errand for trying it.  A closer look may convey that more clearly.

This is one small bit of coastline.  The full version as it sits on my computer now is 6684 x 4857 pixels; I've been working on it with a tool 9 pixels in diameter.  That means a whole lot of labor and some of the choices will be difficult, such a what to do about the patch of chemical damage at lower right.  Most novices approach this sort of problem by prioritizing the large areas; I do the opposite and work on the small problems first.  See below.

Eventually the large problems such as the chemical stain will have to be patched in with repairs from other parts of the image.  So it makes perfect sense to start by resolving the less serious problems at those other areas.  I'm lazy; I'd rather resolve a problem once than copy it somewhere and fix it twice.

Also, clearing up the little stuff gives time to think about the hard part.  This particular stain covers coastline, part of a town, part of the Vesuvius slope, and also--at its very bottom--part of a sailboat.  That's going to be a monster to resolve.

So the first question to ask before even deciding whether to do a restoration is to look for the hardest problems and evaluate whether it's within one's skill set to address them.  I think this is resolvable, although not necessarily sure exactly how.  One of the advantages of clearing out the minor problems first is that it eliminates distractions and makes it easier to focus on the difficult issue.  Another advantage of this approach is that it gives the subconscious time to work out a resolution.

On a more serious note, here's a closer view of the unaltered and partially restored slope.  You can tell that I haven't resolved everything yet--just working conservatively from the smaller and simpler problems up to the larger and more complex ones.  I usually take a particular tool and adjust it to particular settings, then sweep through the image in a grid pattern doing everything that tool setting is appropriate for.  After several sweeps and several different tools and settings the image will approach completion, and be ready for specialized attention to the larger problems.  The tool used here was the healing brush at 9 pixel radius, 100% hardness. 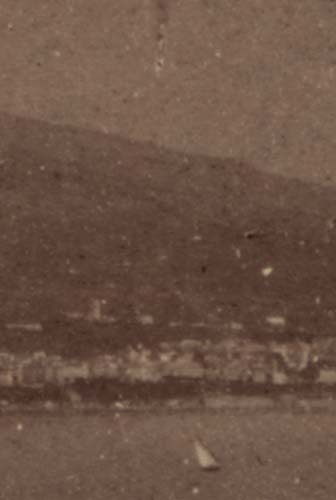 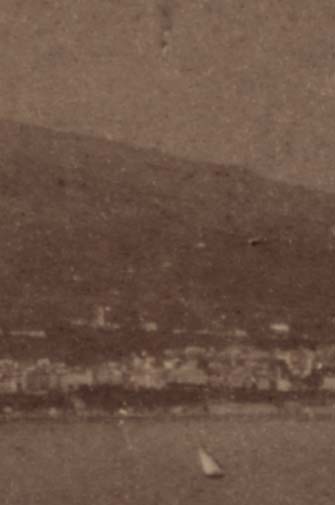 One last thought before parting: Vesuvius is a gorgeous location where humans really are better off visiting than living.  You've heard of Pompeii?  That was Vesuvius's doing.  Maybe a great find for archaeologists, but I'd rather contribute to posterity by digitally restoring images than by curling into a fetal position, succumbing to poisonous fumes, and getting buried in volcanic ash.

Vesuvius wakes up and gets temperamental on a regular basis, but not quite frequently enough for the human lifespan.  Its last significant eruption was 1944.  Have a look at its slopes today: dunno about you, but I sure 'n heck wouldn't want to live there.

Maybe the utility of restoration work is to serve as a reminder. 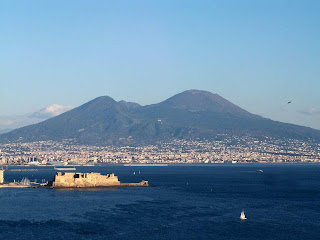