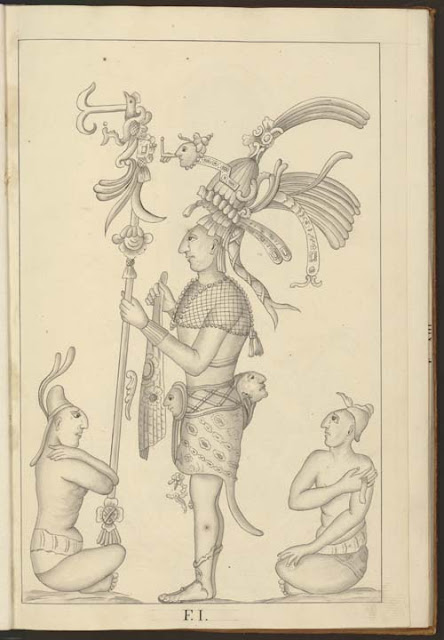 One problem with book scans occurs when the printing goes close to the spine and the page fails to lie flat on the scanner bed.  The subject here is a detail from the Mayan ruins at Palenque and the illustration carries particular historic importance: it was drawn by Ricardo Almendáriz in 1787 during the initial excavation of Palenque and his illustrations formed part of the first significant archaeological report in the Americas. 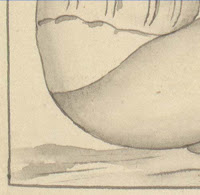 We're lucky in one way: other than border, only the lower half of this drawing contains information at far left.  So the solution is to select the distorted segment from the seated figure at left and create a new image file solely for that partial figure, then perform a second perspective crop on that segment only. After that, copy and paste the segment to the original image as a new layer and align it so the correction becomes invisible.  It's easier said than done. 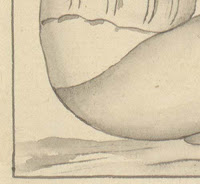 Here's how it appears after the correction.  The change is subtle but it alters the proportions of the figure's hip and spine.  Alignment and blending require judicious erasure, partial redrawing of border lines, and minor edits at high resolution.

Other than that the restoration was routine.  The drawing is in better shape than most comparable material of the same age, but it still took several patient hours of dirt and stain removal to complete the work.

One of the interesting things about the Almendáriz drawings is that he recorded features which have since been destroyed by exposure to the elements.  Comparison against the remaining undamaged bas reliefs shows that his work was unusually accurate for its era.  So this remains useful to modern scholars. 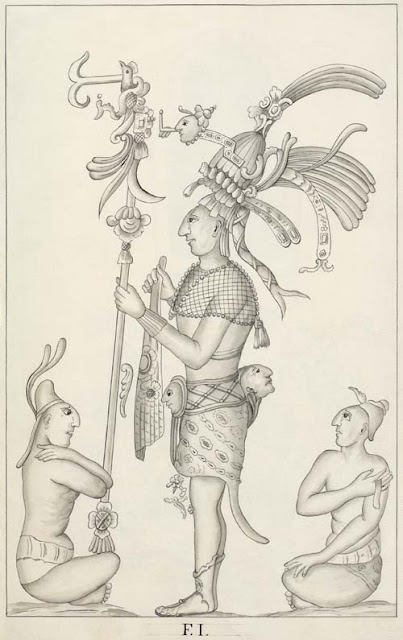