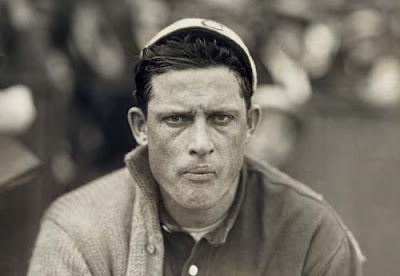 A day later the portrait of Ed Walsh is finished. Staxringold and I conominated it at the end of the evening, and overnight it became relevant at Jimbo's user talk. Here's a link to the ongoing discussion as of this writing.

An editor has found something objectionable about an attempted restoration (not one of mine, and not a featured picture) and followed up a complaint to the photography wikiproject with a complaint to Jimbo. The first I heard about this was a ping from a friend while I brewed the morning coffee. Jimbo had already brought my name into discussion and his description needed followup. That context and followup have been posted to his user page; another thought deserves space at the blog.

Occasionally someone who doesn't do restoration at all comes along and attempts to dictate parameters that wouldn't work. This doesn't occur very often, and it's been a while since the last episode. In this particular instance the editor wants to restrict the editing of historic images to levels adjustment in order to prevent what that editor perceives as original research. It's worth mentioning here that the Ed Walsh example is particularly telling in that regard. 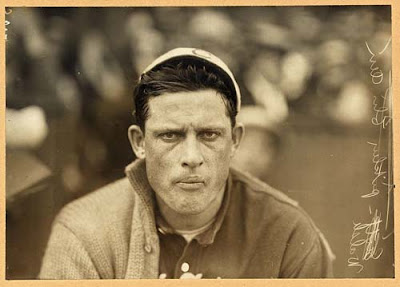 Despite all the time that went into scratch removal, the most significant change between the original and the restoration is correction for the overexposure on parts of his face. That correction was done by using the shadow/highlight tool on a selection of Walsh's face and collar. This is a sophisticated type of levels adjustment and if I had wanted to misuse it the result would have made him look like a wrinkled old man. Compared to the histogram work (which didn't take long but was actually quite delicate) all the preceding hours of dirt, scratch, and stain removal amounted to very conservative editing. Walsh already has bags underneath his deep set eyes. A bad histogram adjustment could make him into a zombie.

Back when Johann Wolfgang von Goethe completed the second part of Faust, a publisher objected to some of the language in the Walpurgisnacht scene. Faust obligingly edited per the instructions although there was nothing all that offensive about the particular words; it was likely the pagan context that might disturb devout Christians. A later publisher commented that the Walpurgisnacht scene actually becomes less offensive with the original wording restored. You see, Goethe not only did as he was told; he also censored things that hadn't been part of the publisher's instruction. So "The witch farts" became "The witch f---s", which carries exactly the same more obscene implication in German as it does in English.

That can be the result when an artist is compelled to operate within restrictions which he regards as dunderheaded.
Posted by Lise Broer at 11:04 AM

A correction and update are owed here. It turns out there was a misunderstanding based upon wording of a couple of onsite posts and the editor who raised the issue is quite knowledgeable about the field; he was oversimplifying a bit for nontechnical readers. We're in correspondence now and a pleasant discourse has arisen. Here's hoping it leads to good things.