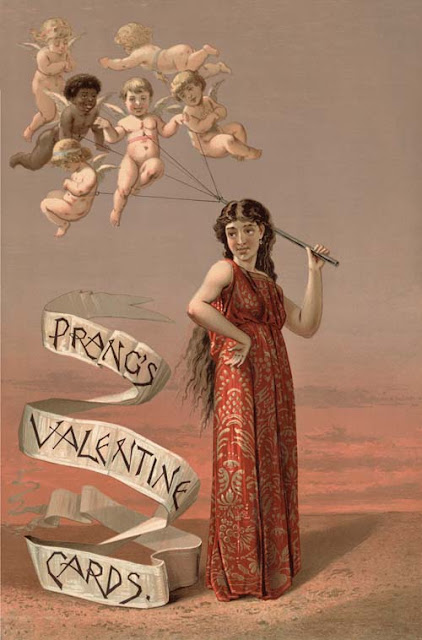 "You're doing Valentine's Day in October?"  A friend commented in amazement when I shared the half-finished work.  Well yes, actually it's best to work on these things months in advance.  Valentine's Day 2008 taught us that.  From the Wikipedia Signpost report of March 13, 2008:


After being featured and de-featured in February, Image:Love or dutyb.jpg, an 1871 chromolithograph by Gabriele Castagnola, has been re-featured. A suggestion by Spikebrennan for a Valentine's Day featured picture led Durova to locate the image at the Library of Congress archives, restoring it as Image:Love or dutya.jpg, where it passed featured picture candidacy on a unanimous vote; however, some users complained that the vote violated usual procedure. In order to feature the picture on the Main Page on Valentine's Day, the vote ran for just over two days, while most nominations run for about seven days. After being featured on the main page, these procedural issues led to a nomination for delisting, which resulted in the image's de-featuring. Afterward, the image was renominated as Image:Love or dutyb.jpg, where it passed on a second unanimous vote. This is believed to be the first time that a featured picture has been nominated, promoted, highlighted on the main page, delisted, and repromoted in less than 30 days. 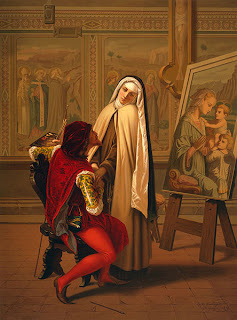 That's quite a journey for an innocent little depiction of a nun and a painter...well, almost innocent...

The featured picture regulars reacted in good spirit.  It was a hoot, but it was also a learning experience.  Holidays and special occasions really do need advance preparation.