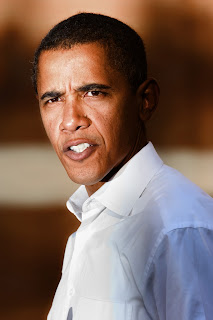 Who's more important, an MIT professor or a presidential candidate? To most of the world that's an obvious call, but over at Wikipedia's Administrators' noticeboard today Senator Obama is playing second fiddle to Professor Picard.

In terms of encyclopedic priorities, I rate the Obama thread a weighty concern. Yet although that's been up for nearly a full day, only three people have answered. The poster followed up promptly attempting to explain the biograpies of living persons and potential conflict of interest issues, and got the brush-off. 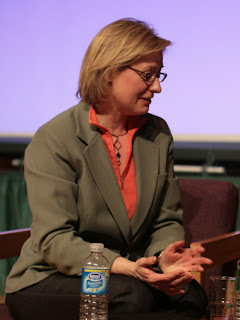 Yet at the same time the community has devoted 174 kilobytes to a discussion that relates to Rosalind Picard. Specifically, the debate is about whether to unblock someone who has a declared conflict of interest and used to edit her biography.

The Rosalind Picard thread started on 15 May. Concurrent page views to the Picard biography itself are as follows:

This suggests that a good share of the people weighing in on the discussion aren't paying much attention to the page. It's normally a very low traffic page.

And to underscore the contrast, here are the corresponding numbers for the Barack Obama biography:

So based upon the above, I estimate the Obama biography has gotten 13,000 page views during the 14.5 hours since the noticeboard thread opened (until now as I write this post), which is equivalent to the projected page views of the Picard biography over 4.3 years.

Volunteer energy is finite. It's time we realigned our priorities so that a handful of minor flashpoints stop consuming inordinate amounts of attention.

Well, that's two blog posts in one day on much the same issue.

What is the name of this problem?