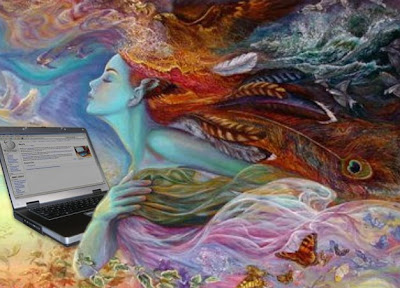 This is not going to be my most politically correct post. So if you're easily offended you might skip this.
----

I was chatting with a male Wikipedian the other day. He had been dating a young lady who wasn't much interested in Wikipedia. She preferred music.

This was a problem.

There's nothing wrong with music, actually. And the lady herself is a fine human being. What he wants, though, is a geek goddess: gorgeous, and into the open source movement. Fascinating, plus able to code a brilliant bot. And it's not like that ought to be such an unrealistic goal for a fellow who's young, good-looking, affable, and educated.

So I told him my theory. And so help me, I'll tell you too: geekdom is basically a talent that develops when people can't get a date.

Just think how many marketable computer skills get self-taught by young males as they search for pornography.

Now when an actual female shows up in the world of geekdom, a bunch of guys gravitate to her. Years before I joined Wikipedia I participated in another online community (gasp...a MUD...yes I'm really a geek). And I ran a fansite for the game and the top two questions on my FAQ read as follows:

I survived that barrage because my own geek roots run unusually deep (named after a physicist, etc.), but normally a woman in this situation ends up spending her evenings at dinner and the movies and never achieves her full geek potential. Exceptions exist, of course. Hence the stereotypical female geek--the one who's been looked over by 400 pimply faced pornmonsters who each decided that even a pimply faced pornmonster has his standards.

Maybe that's not kind to women. But heck, it ain't kind to men either. 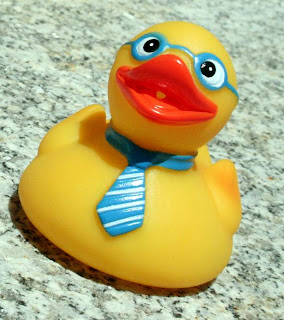 So what's a guy to do? Especially one like my buddy who's a pretty good catch himself (he even has clear skin) but just wants a woman whose interests are something like his own? He could soar across cyberspace like a hawk looking for attractive single female geeks, but it's crowded up there because he's riding the same thermals as thousands of other hawks, and his potential beloved is going to get snapped up as quickly as a white mouse on an asphalt sidewalk next door to the aviary.

"Look for a wannabe geek and teach her Dreamweaver," I suggested. "Or just listen to more music and read the movie listings. The one you're already with sounds like a sweet girl."

Um, not that one. If you guess correctly I'll confess. :)

I suspect that compatibility of intellectual ability &/or pursuits will always be a problem for nerds/geeks. To offer a personal example, there was a certain professor of history who used to contribute to Wikipedia that I realised I had a crush on, even though I was/am a happily married man.

But I do have one suggestion for your male friend: don't underestimate women accountants. My wife is one, & she is clearly an unrealized computer nerd (I could tell you stories) & I doubt that she is the only female-geek-turned-CPA out there. and it's an inaccurate stereotype that accountants are dull, dry-as-dust types: some of the hardest partyers I have ever encountered were accountants.

Then again, I did work with this woman at Intel who has a master's in mathematics from Moscow University, is good looking, *and* shops at Victoria's Secret.

You are right, Durova. Case in point: Cali Lewis, aka Luria Petrucci, podcaster and Internet personality, pretty, and well, pretty. She is 27, and got married at 18.

So much for the pimply pr0nmonsters. :)

You said it wasn't PC, and I couldn't resist. But, where's all the offensive stuff I was hoping for?

I'm wondering, if your pal's such a geek, why doesn't he just build his own girlfriend? He could make her exactly to his specs...what's not to love?

You mean a male chauvinist Pygmalion?

Haha..male chauvenist? Well he's your friend, not mine, so maybe you know best. I was imagining, of course, a woman of incomparable wit and intelligence, with impeccable values and a passion for doing good deeds. But hey, you're the matchmaker..maybe the 36-24-36 figure and the right MUD inclinations are all it'll take ;)

He's a good guy; I just couldn't resist the pun.

ohh...i get it, a little slow on the uptake over here!