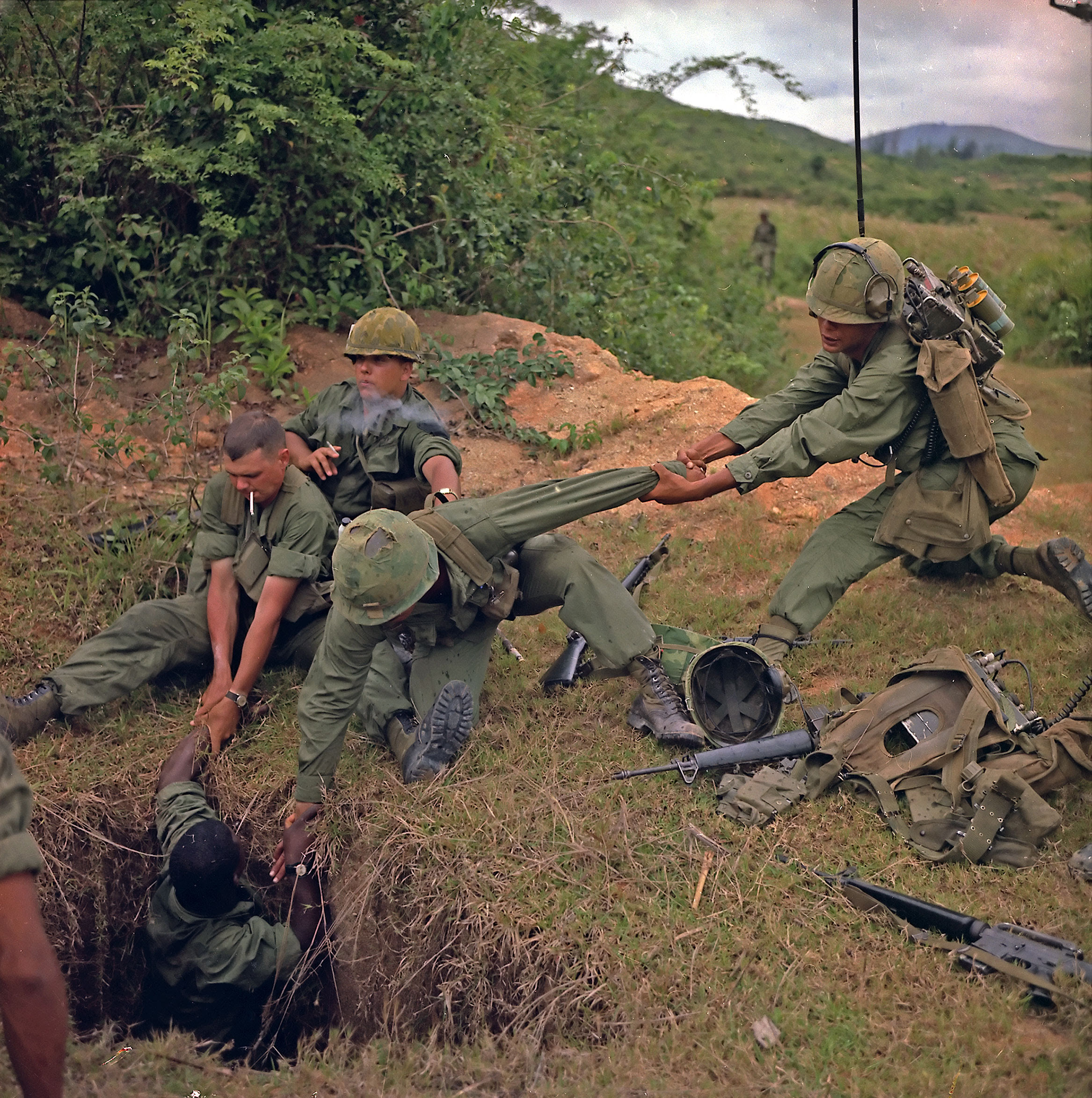 Seeking second opinions on something too cool to resist: have we seen the last straw on a featured picture candidate discussion?

An editor named Mattie found a really interesting archival image of a Vietnam War tunnel rat. People agreed it was well composed and encyclopedic, and also asked for some restoration work. I agree it's an important topic: dang brave fellows most of whom didn't survive the war. Sure, let's give them their due. This is worth my time.

So I stepped in to do my thing, while meantime another editor stepped in to do the same thing. Both of us were working at the same time without knowing the other was on it and we posted restored versions within minutes of each other.

And now we are having the only friendly straw man argument I've ever seen.

That dude in the tunnel, does he have straw in his hair? Or is that photographic decomposition? I wrote down my reasons for removing it as decomposition, but heck I might be wrong. A few more eyes on this would be good. So what's your call?

And if anybody has information on what those fellows' names are, and how many of them made it home, I'd sure like to know.
Posted by Lise Broer at 10:02 AM

I took 5 mins to study the photo and, in my seriously amateur opinion, it's likely both photographic degeneration and bits of straw.

The long mark and the one closest to his forehead appear to be straw; the rest look (to me, at least) to be degradation.

Yes straw except for the left most (and brightest white) blob which I think is degeneration. Photo looks a tad over saturated too?