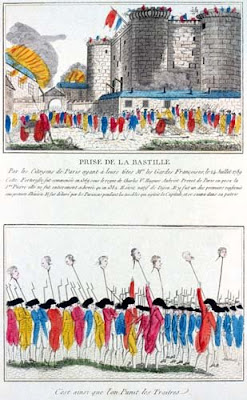 After a discussion over at featured article candidates with an editor who was obviously very well educated and very hardworking, it became clear that more awareness is needed about something that isn't widely taught but ought to be. It's about the ways that historians approach history and it's relevant to the choices Wikipedia editors make when illustrating articles.

First, let's get the cliches out of the way. They usually turn up soon enough: History is written by the victors and People who fail to learn the lessons of history are doomed to repeat them. Baloney. I promise there won't be a quiz at the end of this blog and you won't have to memorize any dates.

We're talking about pictures. And you're going to have fun, dangit, whether you like it or not.

Have a look at the image that leads off today's post. Here's a closer view if you like. It's not a great piece of artwork on esthetic merits, but it happens to be a French etching from 1789 about the storming of the Bastille. This is a glimpse of how the event was communicated within France the year it happened. And because it comes from closer to the event itself, it's valuable in ways that later representations aren't--even if the later stuff is better artwork. Check out the following depiction of the storming of the Bastille: 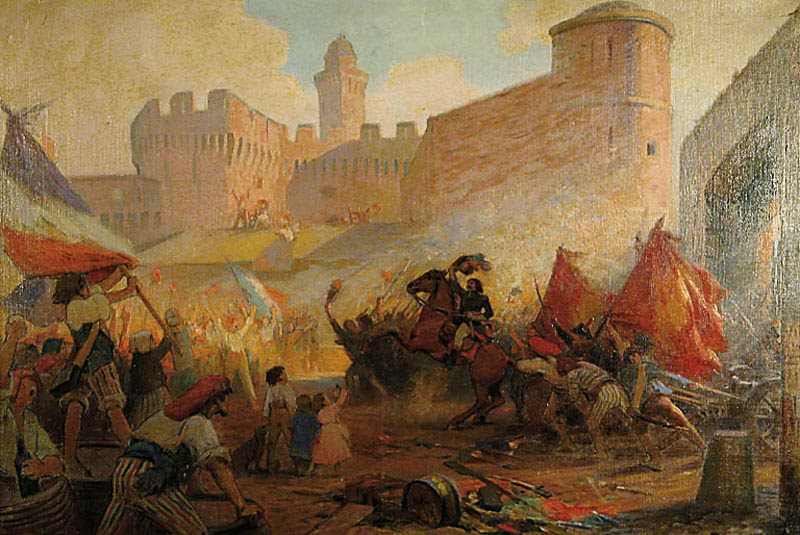 Impressive, and like all good art it's persuasive. It's tempting to believe this presentation, but the painting was created in 1928. Instead of severed heads at the ends of these poles the people wave flags and the whole thing is sanitized enough that somebody's let their children out to watch. It's as if the artist Henri Paul Perrault had forgotten that there was still a king who commanded an army, or that the citizens of Paris barricaded the streets shortly afterward because they feared retaliation. 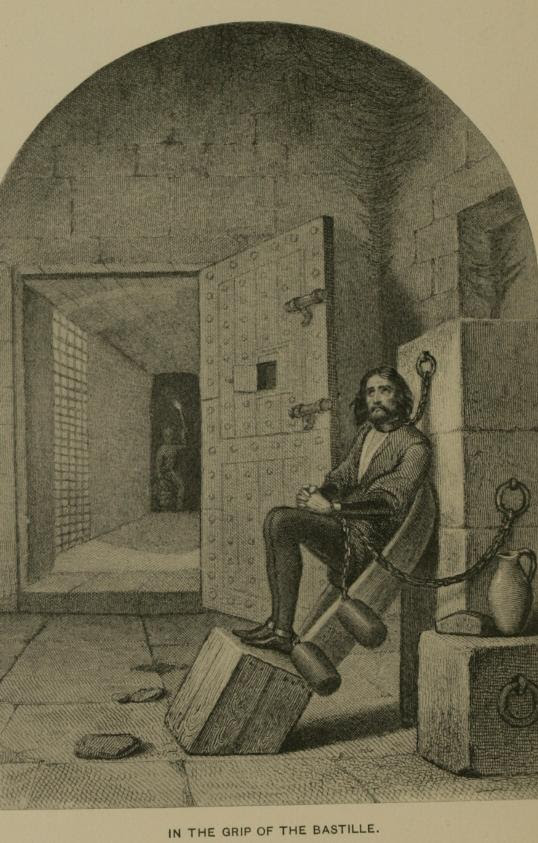 Here's another romanticized view from 1897 depicting conditions within the prison. It's worthwhile approaching this sort of thing with a healthy skepticism because the depiction itself was made more than a century after the prison ceased operation and--perhaps more pertinent--both this and the Perrault painting date from the Third Republic and may very well have a political intent to persuade the viewer the revolution in 1789 was a good idea. The point about the prison being inhumane is played up to the limits of credibility, particularly the prisoner's hands grasped as if in prayer and his upward gaze. It implies the mob had God's blessing to rescue him.

The basic point here isn't hard to grasp. It could be taught in high school and it's a lot more useful than the piles of names and dates that most people forget the week after the test. Getting close to the original sources is a useful thing to do. The instruction of history has some very strange customs: it usually isn't until the upper division undergraduate level that anybody explains the basics of how history is done. That means most people--even ones who are generally highly educated--never learn it at all. Of course a little knowledge is a dangerous thing and Wikipedia has a no original research policy, but there isn't any reason to deprecate primary sources when the purpose is illustration. 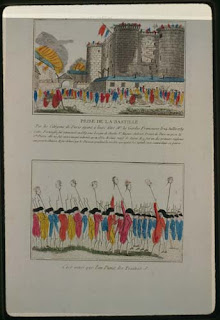 Now I haven't edited either of the Third Republic images, but I did do a collaborative restoration with Dendodge on the 1789 etching. Here's a thumbnail of the original scan we worked from: faded, a little tilted, a little dirty, and in need of cropping. Our aim was to approximate the appearance of the image when it was new, and I always upload an unrestored version of the files I work on this way, along with a summary of the edits that have been performed.

For further reading, see Wikipedia's article on historical method.
Posted by Lise Broer at 10:38 AM 4 comments: Links to this post

The poop on poop 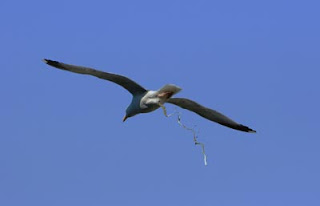 Tsk tsk, I've been advised to reduce the size of the images hosted at this blog. So in order to get the full disgusting view of this seagull performing a natural function you'll need to visit a Wikimedia Foundation site. Fortunately I have a link right here--it's one of the funniest featured picture candidacies I've ever seen. Pride of place still goes to this discussion about an scanning electron microscope image of a black fly with a parasite emerging from its antenna. What higher praise could a biology nomination receive than this?

Support Yuck. Can I stop looking at it now? Highly enc.

I should do these more often...
Posted by Lise Broer at 2:12 PM No comments: Links to this post

How many Wikipedians does it take to change a light bulb? 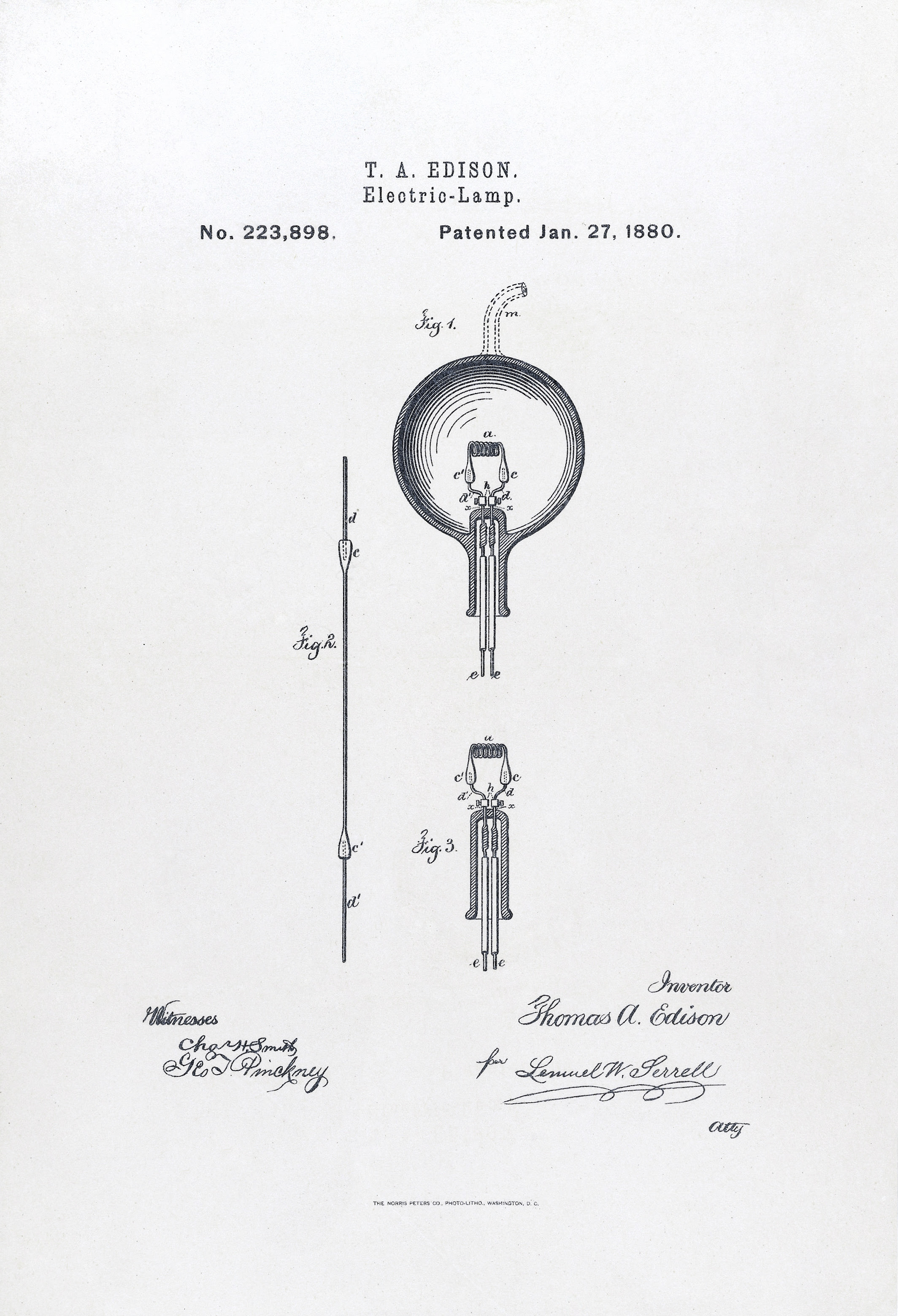 Afterward on AN, all opposers claim the consensus favored darkness.

----
Thanks to Xavexgoem and Dendodge for the brainstorm.
Posted by Lise Broer at 9:35 AM 7 comments: Links to this post It can be a good thing to focus on content. This morning I needed a smile and checked my watchlist to discover that a featured picture candidate had just gotten promoted. My user talk will probably get a notice about it pretty soon.

Not the greatest artwork, really, but it's a restoration of an original 1814 hand-tinted etching and the subject is Napoleon. It's a piece of trolling: a British celebration of his exile to Elba. He rides a donkey backwards with a broken sword in his hand and a tear streaming down his eye, holding the animal's tail as a caption bursts from its rear, The greatest events in human life is turn'd to a puff.

There's a cute piece of doggerel at the bottom:

Farewell my brave soldiers, my eagles adieu;
Stung with my ambition, o'er the world ye flew:
But deeds of disaster so sad to rehearse
I have lived--fatal truth for to know the reverse.
From Moscow to Lipsic; the case it is clear
I was sent back to France with a flea in my ear.

A lesson to mortals regarding my fall:
He grasps at a shadow, by grasping at all.
My course it is finish'd my race it is run,
My career it is ended just where it begun.
The Empire of France no more it is mine.
Because I can't keep it I freely resign.

It's a timeless sentiment. Every one of your problems you created yourself. You've been a huge hassle and we're glad to see you gone. I admire Napoleon in a way: not many people with egos that huge actually carry out their plans on such scale that the trolling of their downfall remains encyclopedic two centuries afterward. It was fun to restore this and get it close to its original condition. Text-heavy etchings require a lot of labor at high resolution, but the result can be really pleasant. It brings history to life.
Posted by Lise Broer at 8:41 AM No comments: Links to this post

Gerard Meijssen is right. And it doesn't take much time contributing in a language other than English to see how right he is. Normally I've been shy about editing in my second language. Occasionally I'll translate material into English, but I don't get much chance to practice German in California. Lately I've gone over to the German Wikipedia a bit more, reading and a little contributing, and it's time to pound on that drum Gerard has been beating.

Have a look at the hosting page for the green plus sign, whose intended purpose is to make voting less language-specific. Its purpose is intuitive to most people, and had darn well better be intuitive because both the description for the symbol and the explanation of why it's edit protected are available only in English.

It doesn't take long to find a lot of little templates in use over at German that aren't German. And if you want to create a new account, even the security text to prove you're a human being is English only. That's great for an Amerikanerin like myself, but suppose I came from Dresden and hadn't been educated in English as a second language.

What's especially disturbing is that German is the second largest language edition of Wikipedia. It has nearly 800,000 articles, yet these language barriers are still so easy to encounter. That tells me Gerard is probably right on target when he says it's a significant barrier to growth at smaller startup Wikipedia editions.

It's hard enough to explain to a native English non-Wikipedian what a wiki is, and that it's really all right to click that "edit" button. Now imagine the challenge of persuading that friend to edit for the first time if that button said "edit" in Swahili, and if half the commands and all of the templates were in Swahili. Well the actual Swahili Wikipedia has that problem in reverse. As of this writing it's got 7383 articles, 9 administrators, and 1110 registered accounts. And it's the lingua franca for most of East Africa. I'm not certain how localized that Wikipedia really is, but it's a darn safe bet Swahili is less localized than German. If we want viable Wikipedia projects to really serve the world, we need to start by providing menus that the world can understand.

The most interesting thread on Wikipedia this week