If you're talking about Area 51, you're obviously not playing with a full deck (hides ace in sleeve) 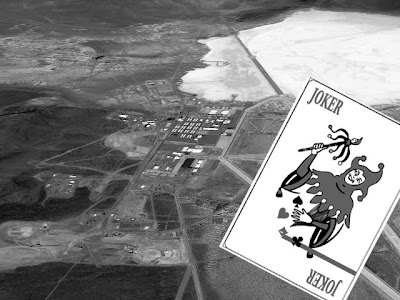 Last night Wikipedia Weekly recorded Episode 51, where we joked about Area 51 and had a serious talk about cyberstalking. The two concepts are not comparable.

Reposting something I wrote at the Digg page on David Shankbone's article:

So what's behind this? Some of Wikipedia's systems are seriously flawed and we've got negative feedback loops. That doesn't cause the problem but it makes it worse. Wikipedia is counterintuitive in a lot of ways, but it's counterintuitive in more ways than it needs to be. And in the long run it does not help us that our blocking and banning policies are constructed in the way the presently are.

Because it's flawed we get uneven results. Obviously uneven results. We leave people in a poorly defined limbo between indefinite blocking and banning. Often we block first, then decide whether to ban them, and shut the person out of the discussion. Our usual template (the unblock request) implicitly encourages people to say they've done nothing wrong at all, when obviously there have been problems, and sets up a binary discussion when an open-ended one would be more appropriate. And some of our best contributors have been so frustrated and overworked that they've gotten rude. It's one thing to show a person the door, which is sometimes necessary. It's another thing to kick them on the way out.

None of this justifies the stalking David endures or the harassment I face. Yet it contributes to poisonous atmosphere that makes our problems happen. Those factors (and a few others) leave people who might otherwise accept a lengthy hiatus frustrated and angry. It defies elementary expectations of justice and fair play. It is easy to construe that situation as bullying or corrupt, from the point of view of the person on the outs. And unfortunately the site's regulars fail to appreciate that in sufficient numbers. We also need a clear path back to good standing for banned users. Not for ones who threaten violence, but for most of the people who get banned—the situations that just didn’t work out. I have volunteered for over a year and a half to work toward a better system in those areas.

So what that means is the pool of people who have been ejected from the site is angrier than it needs to be, which encourages them to network. Some of them might adjust to site standards, more wouldn't, and a minority are really deviant people. When a person who cannot think rationally gets shown the door politely, that person may go quietly. But the chances of a quiet departure are significantly diminished if a Google search quickly turns up a series of sites that complain about the individual who showed that person the door. Whether those complaints are sound or baseless, it's very tempting to a person in that position to believe the complaints are true.

We need to stop joking around and fix this stuff.