Picking up on a comment about cabals and conspiracy theories, I've wondered for quite a while why it's Wikipedia that attracts the attention. To put this in perspective, a recent story at SEOmoz detailed how 6 corporations own 60% of the Internet's 25 most visited sites. At number 8 according to Alexa, Wikipedia is the most popular nonprofit on the Web. So why all this scrutiny on the little guy and its volunteers?

I say it has to do with paradigm shifts. People are used to the idea that corporations run popular media. In the big picture that's more problematic than Wikipedia, but corporate octopuses are a familiar problem that lost its shock value generations ago. We know most of the movie theaters are run by a few corporations and most of the films they show are produced by a few corporations, and if we miss something interesting in its first run we rent the DVD from a chain store.

Wikipedia wouldn't be so unsettling if it were just a nonprofit site. Everyone's used to outfits like PBS: the good-for-you option that normally languishes in the marketplace of ideas like six dusty cans of V8 juice down the aisle from the Coca-Cola. The world would be a better place if V8 juice sold as well as Coca-Cola, and I doubt conspiracy theories would arise about the V8 rise to power, but I certainly won't be the one to help its market share. My lifelong hatred of tomatoes has gradually softened into tomato snobbery and I still think tomato juice is made from tomatoes who flunked out of ketchup school.

It takes more than sudden popularity to rattle people. Paradigm shifts are unsettling and wikipedia requires multiple pardigm shifts. For starters, it's a wiki. Not an unknown concept entirely, but the first wiki to go mainstream--geek culture run wild. Imagine how the world would react if Isaac Mizrahi ran a fashion show full of horn rimmed glasses and t-shirts that quoted Einstein. It wouldn't work, you say. Wikipedia wasn't supposed to work either.

The saving grace of bad fashion is it eventually goes out of style. We're stuck with Wikipedia, or at least stuck with its content. That's paradigm shift number two: copyleft licensing. Anybody can reuse it as long as they credit the source. Most people really haven't wrapped their heads around what that means. Take the Isaac Mizrahi biography, for instance. The fellow's a leading fashion designer. He's undoubtedly commissioned enormous quantities of professional photography, yet the Wikipedia article about him doesn't have a single image. It's the number 5 Google return for his name; he's got something to gain if he would loosen up the license on a couple of photographs he owns. That's 5500 page views in May: over 60,000 page views a year where his brand would be visible at no additional cost to himself. It's the most obvious opportunity--actually the tip of the iceberg--but he's missing out and Wikipedia is missing out because he hasn't seen the value of a CC-by-sa license.

A third paradigm shift is the definition and scope of encyclopedic. That one stumps a lot of people. Anyone who's old enough to hold an undergraduate degree grew up accustomed to certain general ideas of what encyclopedias covered, and that scope was grounded in the economics of book publishing. Denis Diderot wanted to cover everything when he began his Encyclopédie, but that wasn't actually feasible in a world where publishing an encyclopedia meant slicing up a bunch of dead trees. For over two centuries the same technology published encyclopedias and those limitations--which were actually imposed by bean counters--acquired a hallowed aura because everybody alive was used to them. Now we publish on electrons and we're getting closer to Diderot's dream. We have to rethink that scope. Lively discussions are ongoing about what it should be.

This is Diderot, a classic proto-geek. You can tell by the uncombed hair and the rumpled shirt. That's a quill in his hand, not a stylus. What he needed was a good laptop and a wireless connection.

We haven't worked out all the kinks yet. A situation this new requires innovative solutions. One thing is certain, though: the average human being has a tough time adapting to one new paradigm, let alone three simultaneously (more, actually--they unfold as you go). So there are people who hate Wikipedia intensely because it doesn't behave the way they expect it to, or the way they think it ought to. Some of those criticisms are valid and deserve to be addressed. Others are simply the umpteenth iteration of something the site's regulars have already explored in depth and rejected.

Certain proposals have been discussed so many times that only a significant change in external circumstances would have much chance of changing how Wikipedia operates. Take unregistered editing, for example. Allowing it was probably a key decision that helped the project achieve critical mass, but is it necessary anymore? Is it worth the downside? So far Wikipedia's changes have been mild: implementing semiprotection, tweaking its parameters, and the like. That doesn't get close to the position of vocal critics who argue that even pseudonymous editing shouldn't be allowed.

That isn't likely to change until this graph alters. If you're serious about changing the Wikimedia Foundation's privacy policy, the most effective thing to do is head over to Citizendium where they already have a real names policy and shelf space in the marketplace of ideas; what they need is more product. If they become a serious contender for the public's attention then the Wikipedia community will take notice. So long as Citizendium hovers at a traffic rank near 100,000, Wikipedia's success will reinforce its present consensus. 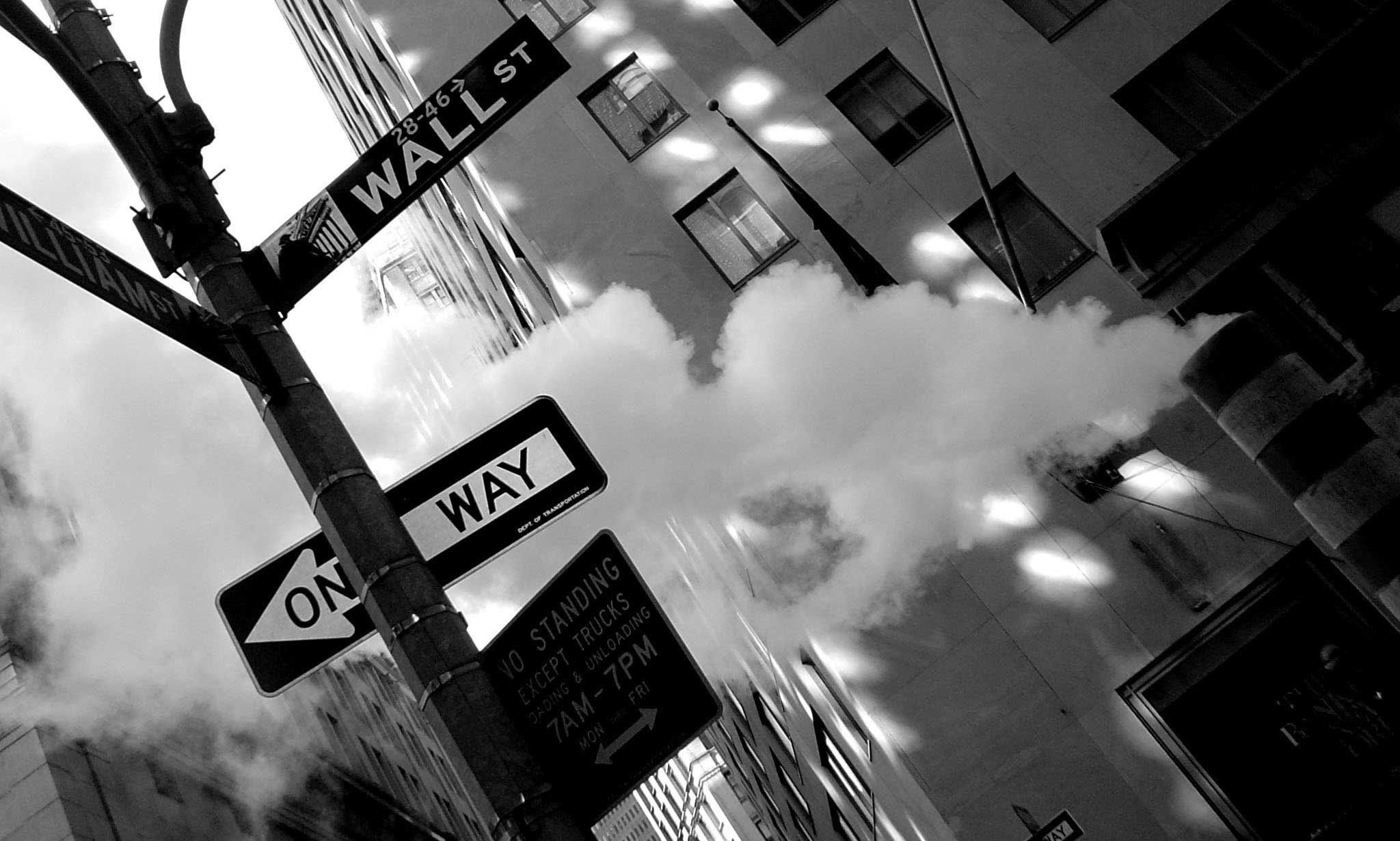 So what about these conspiracy theories? Having gone through a phase where I was reputed to have been 'cabal central' myself, the signal to noise ratio on these things really is pretty low. Wikipedia's quirks can be explained by assuming that most of the people who run the place are well-meaning geeks. Somehow a bunch of geeks managed to take this project all the way to one of the world's ten most popular websites and we're dealing with growing pains. There isn't a good model to copy for the challenges we face. We're not paid to do what we do so important stuff languishes for lack of attention, and sometimes (being geeks) we're short on social skills.

That's my story and I'm sticking to it. Now if you'll excuse me, I have a black velvet robe to pack and a Lear jet to catch. If I leave now I can arrive at tonight's meeting in the secret crypt beneath Wall Street while they're still passing out the Cohibas.
Posted by Lise Broer at 9:07 AM

There's a basic assumption in your essay that I think is incorrect: You imply that there is disproportionate scrutiny of Wikipedia. I suspect that it may simply seem that way since you are very involved in Wikipedia. I suspect that if you looked in detail at the other leading websites with high Alexa rankings you'd find they get about the same order of magnitude of examination and criticism as Wikipedia. For example, Op-eds in major newspapers criticizing Google, Yahoo and Myspace are much more common than ones criticizing Wikipedia.

Joshua, although I believe you make a point (I think it was Erik Moeller that recently commented that most media mentions are "overwhelmingly positive" ?), there's still significantly more "scrutinizing" of Wikimedia projects than many random volunteer-driven projects (you don't hear copy-yelling about the wikia projects, even though they technically indulge in far, far more of it), especially from the point of view of Wikipedians themselves. Even so, most of the analysis is still very sound to me.

It boils down to the fact that Wikipedia is at forefront of the entire Internet and knowledge paradigm shift, and is basically a kickstart for a debate that had been previously ignored by the establishment.

I think a major reason for the scrutiny directed towards Wikipedia is that its content-generation model has a lot of inherent problems that have yet to be satisfactorily addressed.

Wikipedia could have been an exemplary Community of Practice.

What is a Community of Practice you ask?

It's a community project that falls somewhere in between a mere Community of Interest and a world-class Center of Excellence.

Jean Lave and Etienne Wenger wrote the book on Communities of Practice.

It's a book I wish more Wikipedians were familiar with. All too often, the site operates more like a community of malpractice.

Whether it's too late to turn the juggernaut around is hard to say. What troubles me is that there doesn't even appear to be much desire to turn it around.