The FBI: Where Every Agent Is a Special Agent 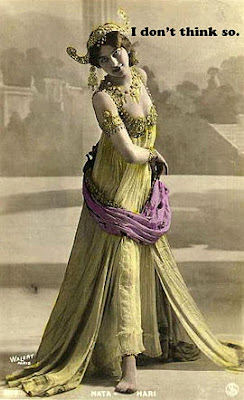 I suppose it's a gesture of grudging respect to get accused of being a spy because of Wikipedia volunteer work. That happened to another editor last July - SlimVirgin - and the kooky idea actually got hundreds of comments on Slashdot. Just shows that some people will believe anything. So last night I start getting questions. Looks like it's my turn.

To the conspiracy theorists, I have one polite question: couldn't you have pegged me for a better spy agency? SlimVirgin got MI5. Stick me in NSA or something. Y'know, not the lowly FBI. 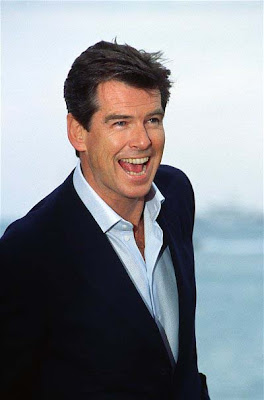 Call me Agent 0042 - the first geek Bond girl. I'll be squinting without my glasses for the glamor shot in the bikini, so try very hard not to photograph the backside of my hips. If you've gotta construct a conspiracy theory, make it good.

There actually are a few things about my family that might conceivably lead someone to suppose I worked for the intelligence community. During World War II my grandmother used her knowledge of German to help the allies. It wasn't particularly glamorous; she sat in an office in New York reading letters between POWs who were being held in Texas and their families back in Germany.

One day my grandmother actually did find something that was useful. It was a mother's letter to her son describing her walk on the way to work. This letter had been practically cut to confetti by the German censors, because the lady worked for some kind of sensitive factory. The return address had been snipped out too.

That little ol' return address had fallen inside the envelope: Regensburg.

So my grandmother wrote up her report, went back to reading boring letters, and continued fending off the office politicians. That was probably one of the pieces of intelligence that led to the Schweinfurt-Regensburg mission, which did substantial damage to the Regensburg Messerschmitt factory. 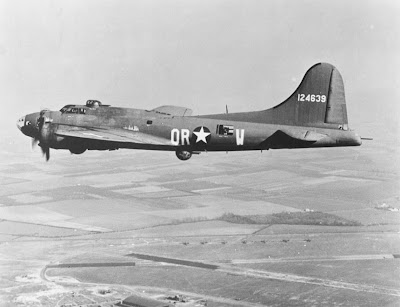 Toward the end of the war they tried to get her to do field work. They even sent people to her home and tried to tell her that was her duty. There were worries at the time that the Nazis would try to regain power as soon as the occupation was over. Well, my father was just a toddler then, and she figured motherhood was a more important duty. But I've always kind of wished she'd taken that offer: the image of a quiet little Hausfrau helping to defeat Hitler seems amusing and it would have been fun if I could have called her grandma the spy.

So to the website where that crazy idea got posted about me, thanks for dropping it into the tar pit, and please do your best to filter out the really loony stuff like that. You try to be a critical site - which means exerting critical judgement - and when absurdities gain traction it really skids your credibility on the important stuff. You do sometimes get the criticism right, but life is short. Most of us Wikipedians are busy creating an encyclopedia.

"Stick me in NSA or something"

Everybody knows that the NSA agents hang out at Google :-)

Hoi,
Wny not a nice spy outfit from a country that the USA by law reserves the right to attack... The Netherlands ...

Its BVD is also an acronym for "bij voorbaar dank"... Hmmm, BVD stands for Binnenlandse Veiligheids Dienst or Interior Security Service, and you are a broad... ah well it is a nice thought..
Thanks,
GerardM