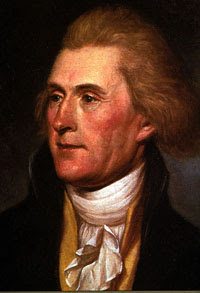 Getting a few questions back about the petition, and a comment from a five-year Wikimedia veteran that nobody's done a petition before to WMF. Such a simple instrument, I wonder why not...

Okay, here's a quick background. The board made major changes that nobody expected. Customarily, big things get discussed in advance. There would be back and forth on the Foundation mailing list. This wasn't discussed, wasn't mentioned at all in advance. Then was just presented as a fait accompli without an explanation. And when board of trustees for a volunteer driven organization reduces volunteer participation at the board level, that's just not a wise way to go about it.

As a student I was a bit of an activist; then afterward I also sat on an alumni board of directors. I know what it takes to get a board's attention, either from a seat at the table or from out in the hall knocking at the door. And I'm actually fairly sympathetic to the board members. Certain kinds of decisions can appear quite reasonable from a seat at the table, and big problems can happen if nobody in the room pipes up to say Hey, this wouldn't look good.

A volunteer driven organization needs to bear in mind the morale of its volunteers. The Wikimedia Foundation has about 15 employees. There is no way - absolutely none - that they could maintain their Alexa rank without volunteer labor. And they have made themselves uniquely vulnerable to exodus: their underlying software and all of their online content is entirely copyleft. All that it would really take is a sufficiently well-funded breakaway movement to render WMF obsolete. I don't particularly think anyone else could do this better, but the Foundation would be well advised to remember the actual fragility of their position.

As an example of the kind of mentality I object to, here are excerpts from Brad Patrick's post to the Foundation mailing list today. Oddly, when I wrote the petition yesterday Patrick's resignation letter from a year ago was ringing in my mind - the part where he had said that the community shouldn't be silent. He played a very different tune today. Full text is here.

It would be best for those critical of the Board (and feeling that the community is the most important ideal) to remember that whether you like it or not, agree with it or not, or would have selected an alternative reality or not, it is still the case that the Board is that which governs the Wikimedia Foundation...the fact that the Board allows elections to put people up for Board positions in no way whatsoever gives "the community" an *entitlement* to that process or results. As is oft-repeated, WMF is not a membership organization... Stop whining and ask yourself if you have the objective qualifications to lead an international organization.

Now which quote do you prefer, Brad Patrick or Thomas Jefferson?

God forbid we should ever be twenty years without such a rebellion. The people cannot be all, and always, well informed. The part which is wrong will be discontented, in proportion to the importance of the facts they misconceive. If they remain quiet under such misconceptions, it is lethargy, the forerunner of death to the public liberty. ... What country before ever existed a century and half without a rebellion? And what country can preserve its liberties if their rulers are not warned from time to time that their people preserve the spirit of resistance? Let them take arms. The remedy is to set them right as to facts, pardon and pacify them. What signify a few lives lost in a century or two? The tree of liberty must be refreshed from time to time with the blood of patriots and tyrants. It is its natural manure. You do not have any means of grabbing the reins of power from the Board, and you don't have any entitlement to anything except your ability to participate in a project, if you choose, a chapter, if you choose, or to speak up in some forum. You don't have a "right" to vote on anything, and the Board could just as easily have a contest than an election to fill Board seats. - Brad Patrick

The ancien regime didn't have any mechanism for community participation either, Brad.

Actually the community has an enormously effective means of grabbing power from the board: we can vote with our feet. I'd rather not, so let's not go there.

The petition is a friendly poke in the ribs to an organization that is presently in need of a good poke in the ribs. It's more effective in these situations when a lot of people pick up one large stick and poke gently, than to try fencing with twigs.
Posted by Lise Broer at 11:23 AM

Is it any wonder that with an attitude like that, Brad was condemned by various Foundation insiders as incompetent?

I don't know why exactly Brad's defending the foundation here, but let's call this what it is. It's a power grab by certain people behind the scenes. It consolidates Jimmy's power in the face of growing criticism that he's lost all touch with the community, and doubly slaps the community back in the face by counting him as a "community seat". It gives the board/office 4 seats that they can count on to vote en bloc, plus jimmy's. All they have to do is get one more. Oh look, here's two seats for the chapters! But don't define how they'll be appointed, that way the chapters can be "directed" to the "proper" candidates. So that makes....5-7 seats that are not "community" with at most 3 seats that can be guaranteed somehow as being community.

And brad wonders who is giving who the finger?

Perhaps the most insightful comment on the dynamics of the WMF was made by my fellow long-time Wikipedian Jussi-Ville "Cimon Avaro" Heiskanen: "there seems to be a pattern emerging, where people joining the board are open and approachable, with good communication skills, but when they join it, soon forget these skills and clam up."

Why is that? What is it about the WMF that has this effect on people?