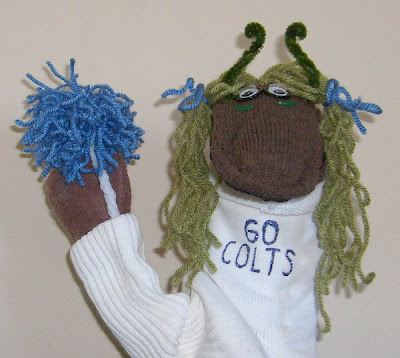 Kmweber has been benched from this blog for turnovers.

As you might have noticed from another post around here, a lovely troll puppet recently made its way to another website, much to the chagrin of a particular person being lampooned. That fellow was indeed a troll.

Some people say Kurt's a troll too. I haven't decided.

Of course two factors make all the difference. One is caption. That last image sat around innocently for a month until properly captioned. That other puppet with a two inch ruler didn't mean very much until I suggested 'inadequacy complex'. This image isn't captioned yet. Won't it be fun to see what the caption would be? The other is license. This one's still under full copyright.

I'll probably take about five days making up my mind. Of course, if Kurt Weber just happens to write an article during that time--any article--and it happens to get onto Wikipedia's main page at "Did you know", then I'll be impressed. I might even be so impressed that I take down this whole post and give him a barnstar for good sportsmanship.

And here's my response. Never forget, Kurt, that when you come to this blog you're in my house.
Posted by Lise Broer at 11:18 AM

Hell, the Youtube link doesn't seem available in some parts of the world (at least mine). Got another one?

Look up "R.E.M" and "Shiny Happy People". The most brainless and irritating hit song they ever recorded. :)

Arrrr! My brain! Don't make me go to bed helplessly humming that tune!

More seriously, we've got nearly the same issues on :fr (brainless songs by the dozen and ah, yes, ArbCom stuff).

Ask the Wiki Witch for a link and you're likely to get a spell from the cauldron.

Ehh...I created a single-sentence stub because that's about the extent of what is known about him to the West...which is also why I never bothered to create an article on the guy before.

And no, the community does not oppose me, as evidenced by the fact that my supporters vastly outnumber my opponents. I simply need to keep doing what I've been doing--if not take it up another notch or ten--so as to continue to lead by example and help to inspire the revolutionary courage in my followers, who are currently oppressed by those with a vested interest in the corrupt status quo to the extent that they're scared to speak out.

Kurt, you currently have 223 opposes and only 21 supporters. If you really think your supporters outnumber opposes I won't complain. I won't argue. But I will say this.

Whatever you've been smoking, leave a half ounce by the back door. Or else I'll be dropping the dime.

Kurt, you seem to be engaging in a mistake that is common among extremists of all types. When extremists see that they are not succeeding they decide the problem is that they are not extreme enough. This tactic rarely works. I wouldn't recommend it. You have some ideas that aren't so bad. But the presentation and the attempt to push those ideas to the extreme or to also promote bad ideas leads to the sort of opposition you have now.

Kurt, there is no silent mass waiting for you to show them the way. There are a handful of people who have some sympathy with you, a handful of others who find you amusing, a lot who disagree with you, and another chunk who dislike you. There's also a large junk who don't care but those mainly are the people who don't take part in things like ArbCom elections (only a few hundred people vote overall each year out of the thousands of editors). Nowhere in that breakdown is there any access to supporters who "vastly outnumber" your "opponents".

Incidentally the excuse that Viktor Muravin isn't well-known in the west is all the more reason to write a decent article about him. That's pretty much the best sort of article to get for a Did You Know. That you didn't even bother adding a reference doesn't speak well.

My point is, I can't write an article containing information that isn't known to anyone.

That article contains every bit of information that is known about Muravin to the West. There's nothing else to put in there.

And references are not necessary, plain and simple. This reference-fetishism is destructive.

Kurt, so he is one of your favorite authors and you know nothing about him that you could write other than what you wrote?

Moreover in regard to your claim about "reference-fetishim" there is a simple reason we want references (aside from WP:V). So people can look up what you wrote and verify it for themselves. We are not a reliable source. Therefore, we must provide reliable sources if we are to be use to people who wish to learn more information.

How many times must I repeat it before it sticks: what I wrote there is the sum total of what anyone in the west knows about him.

Durova, I'm not sure the second example (Pericles) is a great exampe. In particular, most of the Latin and Greek sources cited there are well known sources which have easily accessible translations in English. Moreover, you would be able to find translations of those sources (and likely the sources themselves) in almost any major library.

The point still holds (especially with the S. A. Andrée's Arctic balloon expedition of 1897 ) but Pericles is not such a great one to bring up.

(Incidentally, I think I've only cited sources in other languages a handful of times on the English Wikipedia. But I'm very much not a language person).

If people don't know about him in the West, fine. Use Russian sources. According to your own rationale you don't even need citations. That makes it all the simpler.

The reason nothing is known to the West is because there's little available in Russian, too...otherwise someone would have already translated it.

What you are suggesting involves "original research," which I happen to think is fine for Wikipedia but there are enough who don't to block it.

So decide now what you want.

Kurt, Wikipedia's original research policy does not prohibit the use of foreign language sources. I've already linked you to two featured articles which rely heavily on non-English sources.

Please pay attention to what I actually said. Thanks!

I have, Kurt. And it looks like you have a weak grasp of the no original research and verifiability policies. One of the first new articles I ever started was a collaboration with two Russian editors who who contributed material from their native language. That article ran on Wikipedia's main page at "Did you know"; NOR wasn't an obstacle.

According to Interiot’s edit counter the most work you have put into any article is 29 edits to Princeton, Indiana, a C-class article. You haven't touched your second most heavily edited mainspace page in over three years.

And those beloved Colts of yours? You've only ever edited their article 12 times. If you were at least keeping on top of vandalism you'd rack up more edits than that; it's been vandalized 12 times this month already.

Kurt, are you saying that there exist no non-trivial reliable sources about this author? Even in Russian?

I'm not sure that criticizing Kurt for his productivity makes sense. While he has not done much for any single article he does have over 2000 edits to mainspace.

Joshua, Kurt is asking the community to put him in the most trusted position this site has to offer. Raw edit count is a weak metric; this is someone who's never built an article past C class, and as a result he has a poor grasp of site policies. Kurt's an extreme example of a dynamic that happens from time to time: people who get heavily involved in WP namespace before they've gained adequate field experience. They try to apply strange notions of how the site ought to work, and they don't realize the weaknesses of their views because they've never field tested them adequately.

Kurt simply hasn't done the heavy lifting that yields that type of experience. It doesn't come from minor edits to a profusion of articles; it comes from shepherding a stub to GA.

I ask every candidate I coach for adminship to write at least one GA-class article. And if they absolutely can't do that I ask them for several DYKs. Why should Kurt get slack on that when he's asking for considerably more responsibility?

I still don't think you are being fair to Kurt. I agree that Kurt has not nearly enough article space work and that that is likely part of the reason his view of Wikipedia is so distorted. But that doesn't make him a troll. Moreover, 2000 productive edits even if they are small edits spread thinly over many articles argues against classifying him as a troll.

Durova: The article rating system is meaningless and backwards, so I'm not concerned with it. The fact is, Princeton, Indiana is the single best article on Wikipedia.

And just because I'm interested in a subject doesn't mean I write a lot on it. I prefer to start new articles (or expand stubs) rather than work on articles that already have plenty of eyes and typing fingers.

Good, Kurt. You have four days left before I decide to copyleft that pic and caption it. Walk the walk. Let's see you on DYK.

No. It's a corrupt process with a perverse aim that has only served to give The Outlaw Jimbo Wales an excuse to unjustly and illegitimately desysop Bedford.

I want no part of it.

If you wish to impress me with your content work in some other way, Kurt, that's up to you. The clock still ticks.

My content work has been, and continues to be, stellar. In fact, it is better than anything anyone else has ever done. That you refuse to acknowledge that obvious fact is your failure, not mine.

I'll just leave that up as additional evidence to support my conclusion. :)

Kurt, you don't really think that Princeton, Indiana is really the best article on all of Wikipedia? Better than Elaine Paige or USS Nevada (BB-36) or almost any other recent featured article? I have trouble believing that even you are that dense and egotistical.

I'm also puzzled by your comment that DYK is somehow bad because Bedford's desysopping was in part over issues on DYK. Under what logic does the existence of a single edit war on a specific page somehow render that page a "corrupt process with a perverse aim"?

"My content work has been, and continues to be, stellar. In fact, it is better than anything anyone else has ever done."

You have GOT to be kidding me.

Kurt has always maintained that he is the best thing to ever happen to Wikipedia and that he's the best content contributor, etc. It's not clear whether he's actually delusional or just says things for shock effect.

Kurt is now at 270 opposes. He has broken the record and is still climbing.

He finished dead last in percentage and net votes. 294 opposes.